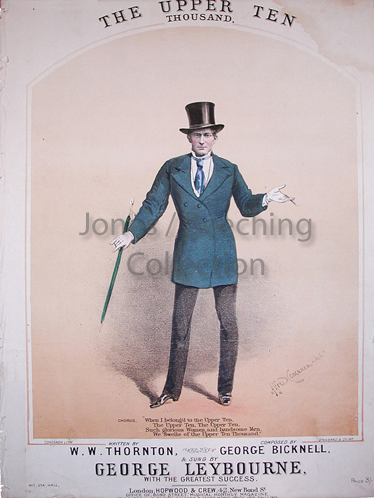 The Upper Ten - First advertised as being sung by Lingard in early January 1868. The cover illustration of Leybourne's version shows him dressed as an upper class swell, one of the ‘Upper Ten Thousand,’ the name given to the more or less 10,000 people who were highest in position or wealth. In the song the protagonist passes himself off as one of the Upper Ten, but by living the high life loses his money.